Girls on the Spectrum 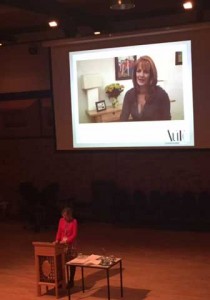 Thankfully, in the last five years, more research has been done on girls with autism and why they are so underdiagnosed.

It is well known that girls are able to use their intellect to navigate through social situations in primary school by copying others and using role play and pretend games to get by. In secondary school, life becomes much more complicated and socially they can become more isolated. The onset of puberty can cause huge anxieties; often mental health becomes fragile and it is only when this is investigated that the underlying cause of autism is suggested.

Some research teams are now looking at better ways to support and earlier diagnose autism in high functioning girls.

Simon Baron-Cohen’s team is developing what he calls a ‘faux pas test’. If a woman is getting by learning social rules one rule at a time, she’s bound to make a lot of mistakes, he says, because she’s likely to encounter a situation for which she hasn’t yet learned the rules.

Another team is similarly creating tests based on real-life scenarios in which they ask women not only why somebody said something, but also what they themselves would say next. “It would require them to, on the spot, get it,” .

There is an interesting article in Spectrum, ‘The Lost Girls’ https://spectrumnews.org/features/deep-dive/the-lost-girls/ which talks about young women’s experiences and more about the research which is continuing.

We spent an interesting morning at Wycombe Abbey School recently discussing autism in girls. It is very good that schools are understanding there is an issue and want to learn more about how to support their teenagers on the spectrum. Hopefully the word is spreading, but much more needs to be done.

Autism in Mind – ASD courses to suit your staff and pupil needs.

New advances in autism research in 2015